There is a certain area in Athens where it is not advised to walk alone
even in broad daylight. I “happened” to pass by that area on my motorbike, camera hanging from the neck…

They are both right here!
Beside us…in front of us! 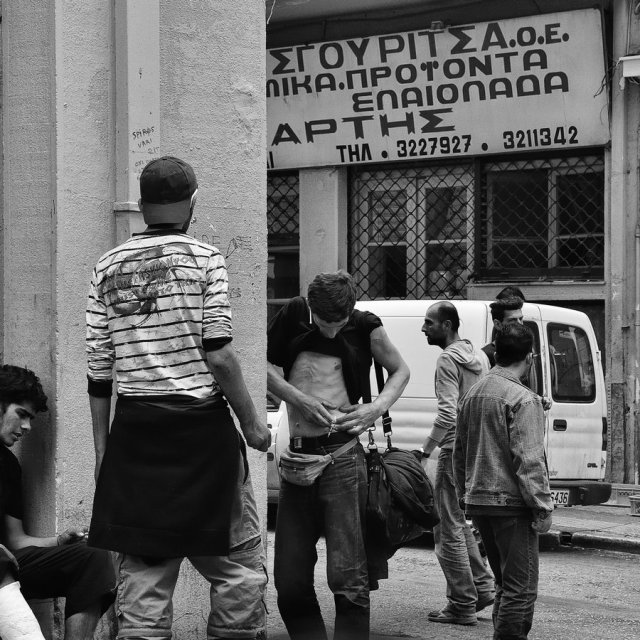 One way ticket to Hell

Addicts in the center of Athens 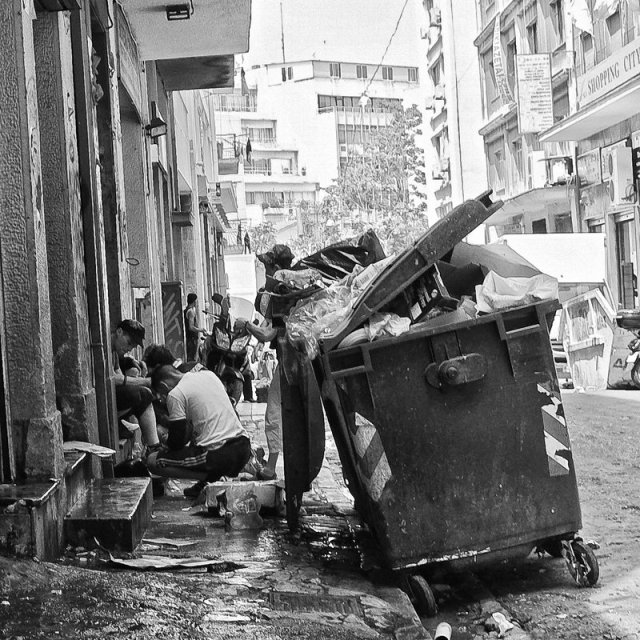 The guy sitting on the left is holding the needle between his teeth as he’s tieing a band around his arm in order to find a vein and shoot his heroin. A girl is sitting beside him already high. The other 2 squatting guys are shooting at this very moment and the hand in the right of the frame belongs to the fifth of the zombie company. The 6th guy, few meters away is watching for the cops who are soon to come. 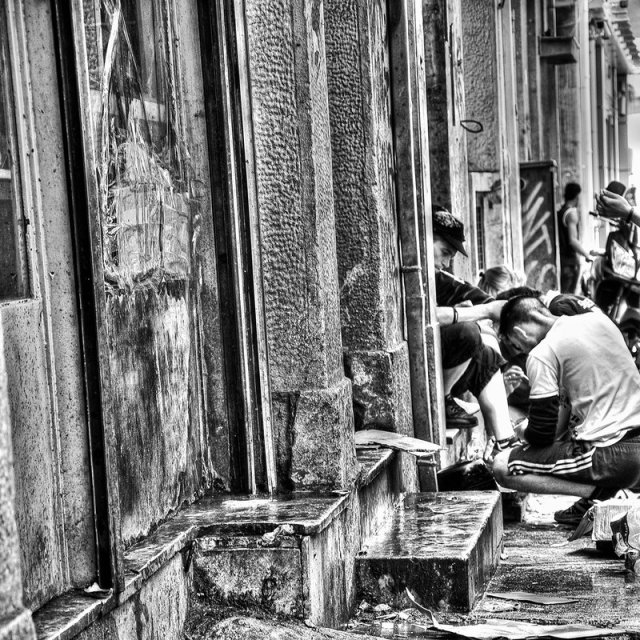 The police finally came and all the junkies fled away… All except one…for obvious reasons… Still on my bike I watched the scene. The cop in the dark uniform listened to the guy who was begging not to be beaten (a common practice by the police towards the junkies) A passing buy immigrant stopped for a while, touched by the guy’s pleads… None of the two policemen had yet seen me or the camera I carried… 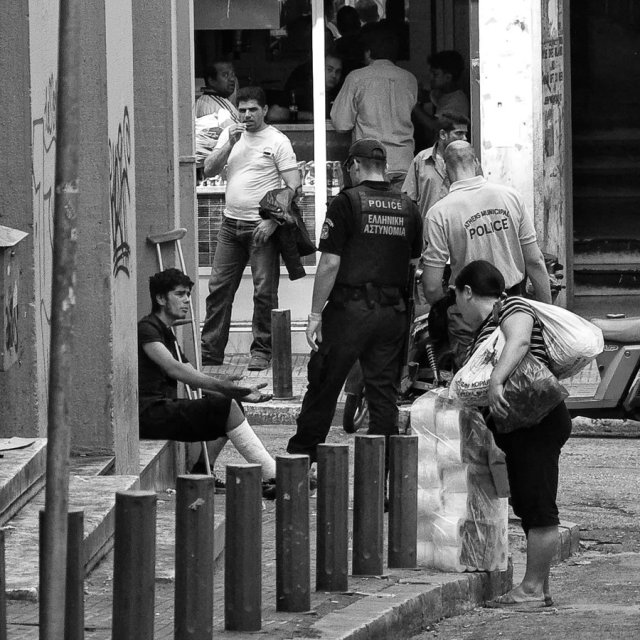 Finally, the cop on the right notices me. I have already lifted my camera and I’m ready to shoot. The cop on the left has gotten dangerously close to the helpless addict when he hears his colleague warning him that there’s someone with a camera nearby. The poor addict is saved…god knows for how long… 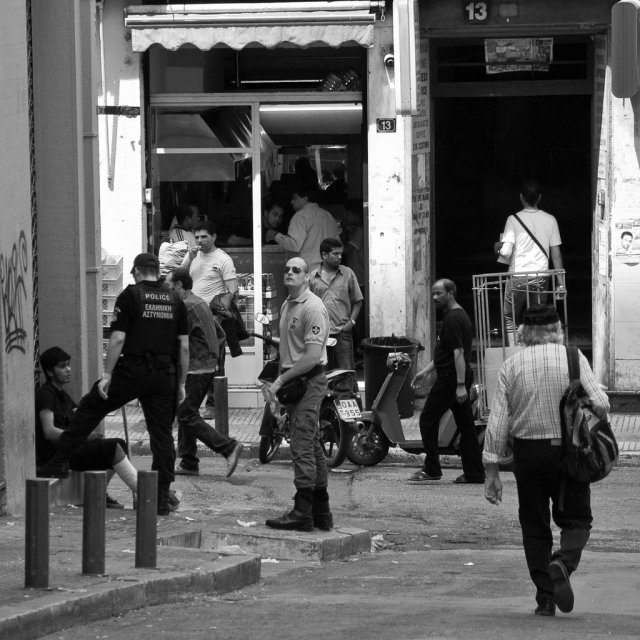 That was too close

Graphic designer by profession, photographer by hobby. https://stamatisgr.wordpress.com/
View all posts by Stamatis Gr →
This entry was posted in Black & White, Street Photography and tagged black and white, street photography. Bookmark the permalink.

22 Responses to 3 Minutes in Hell